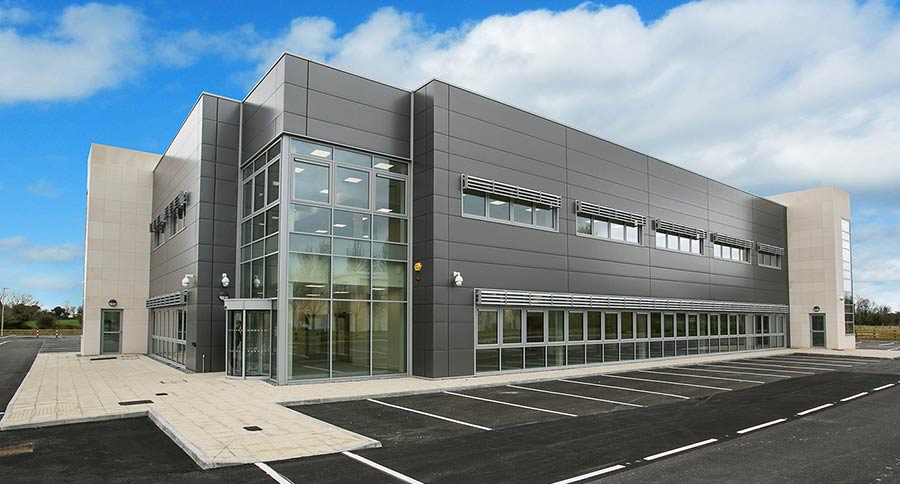 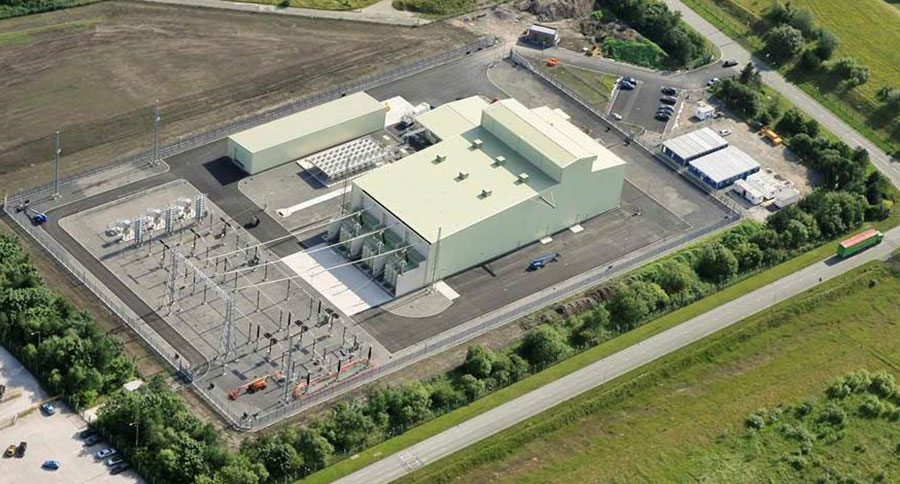 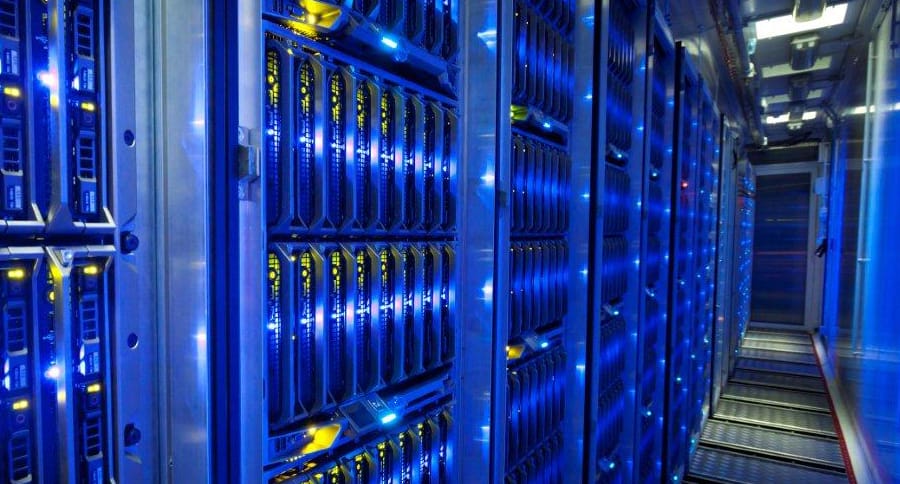 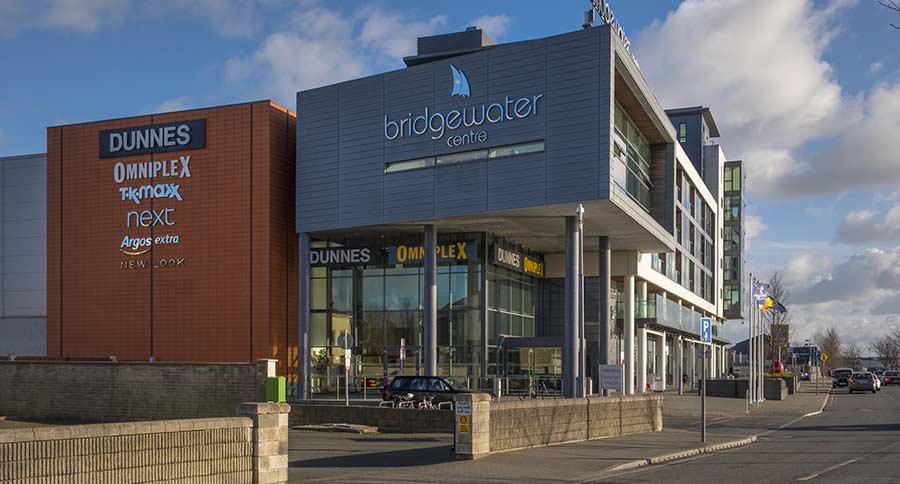 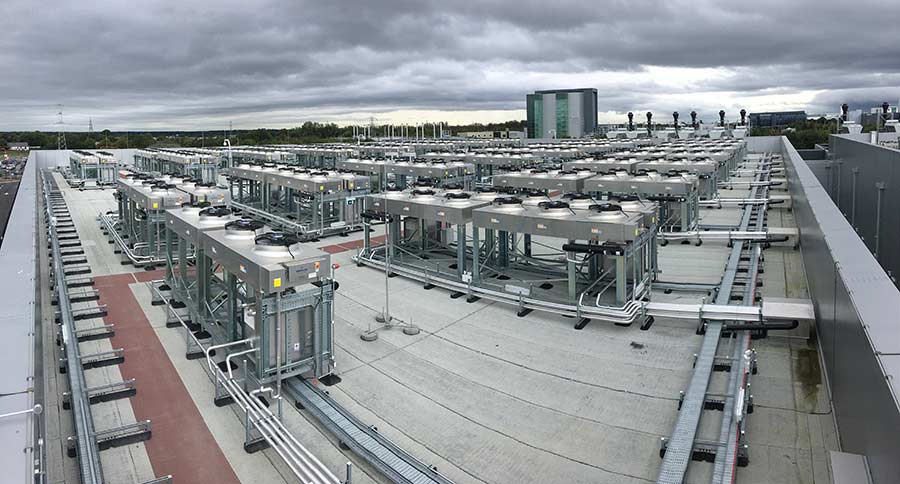 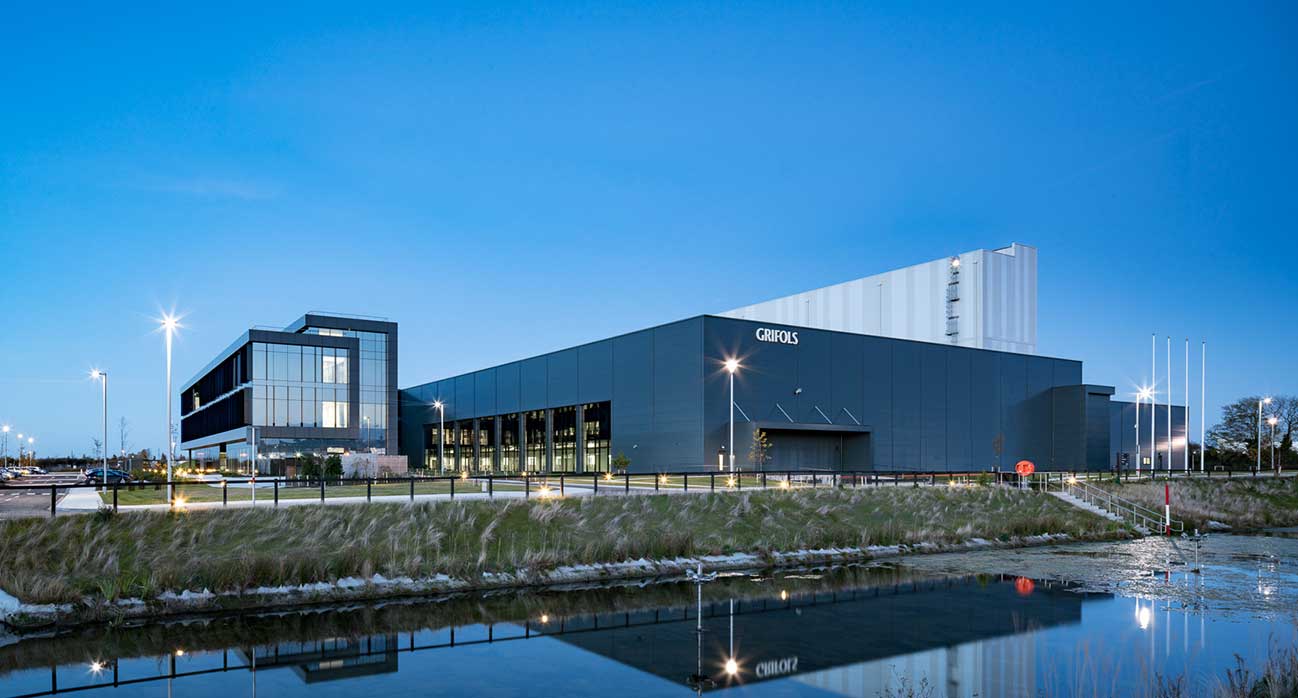 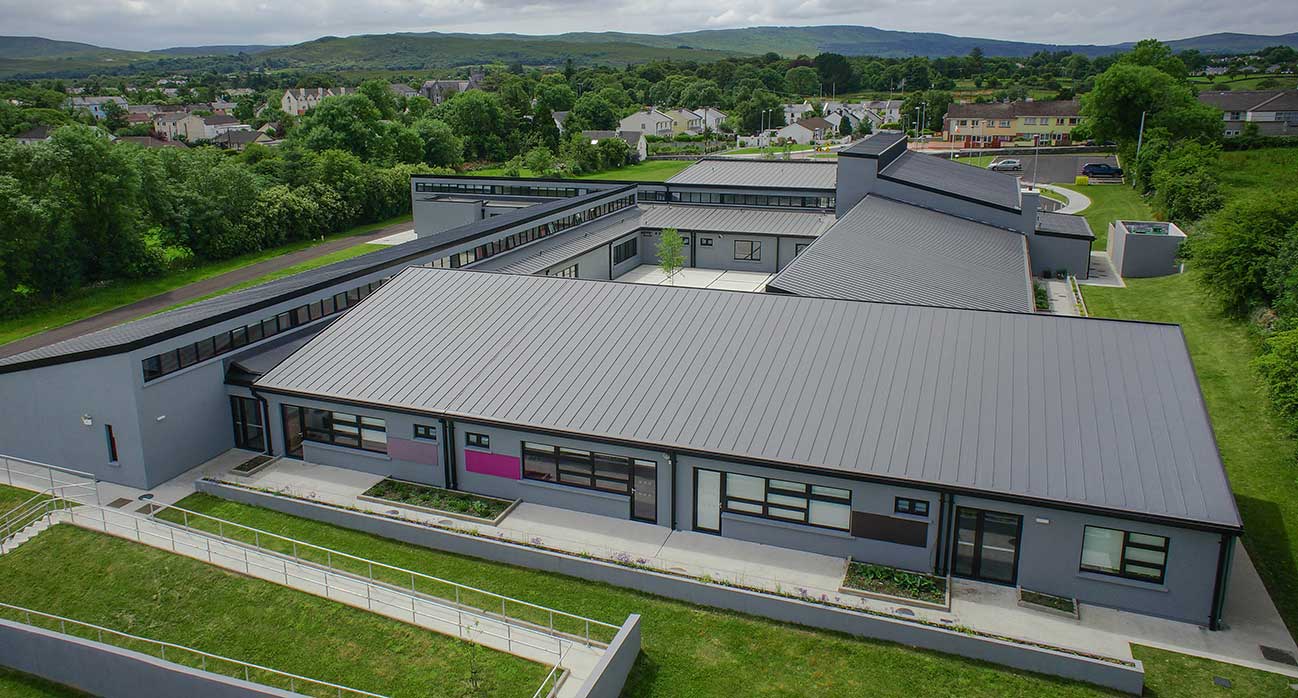 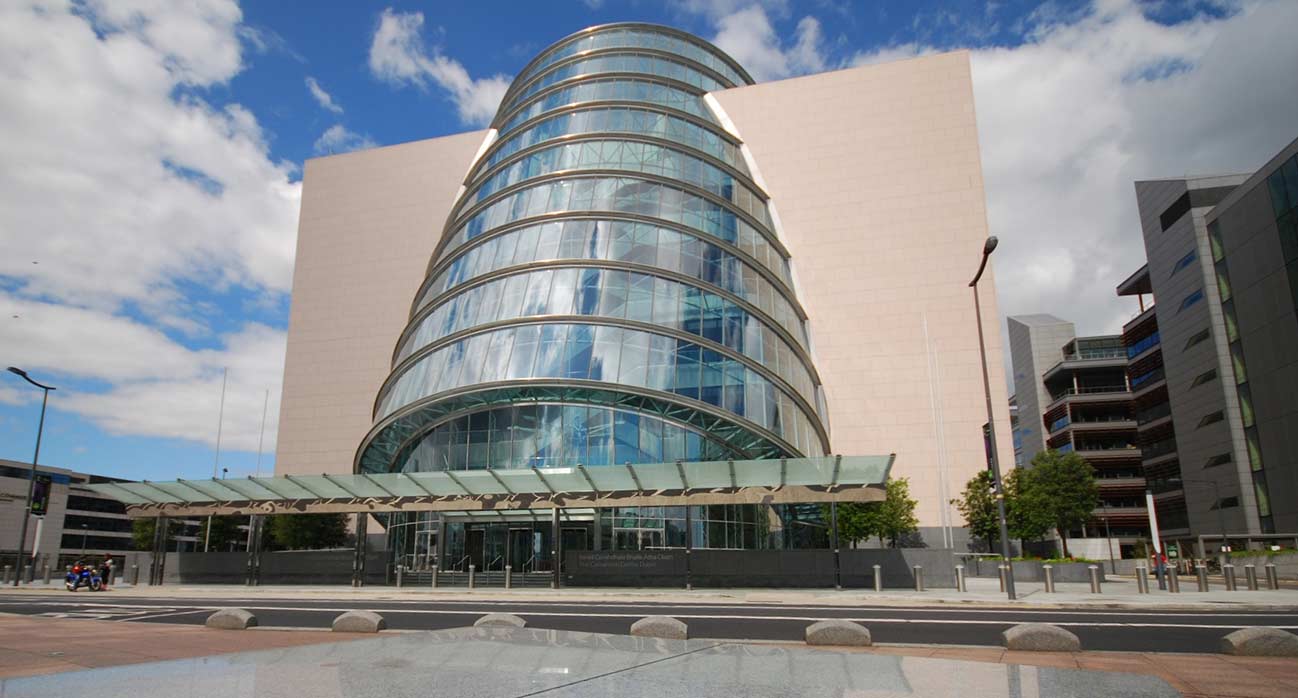 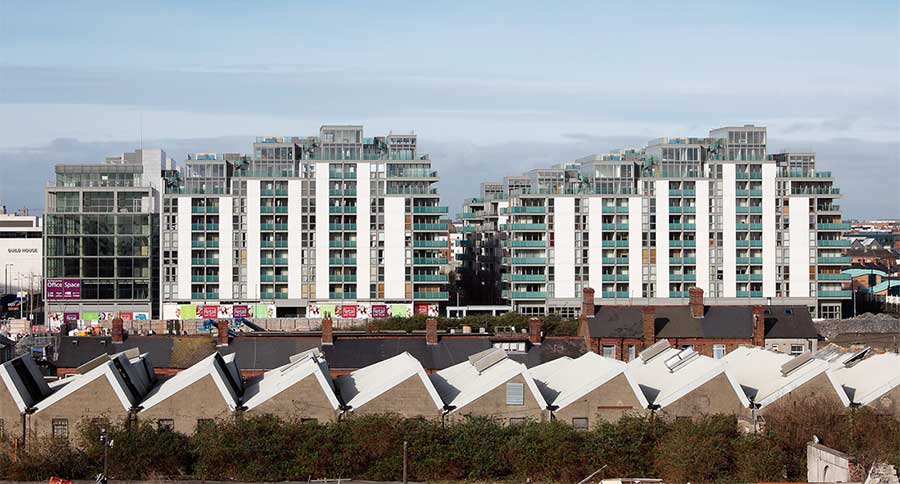 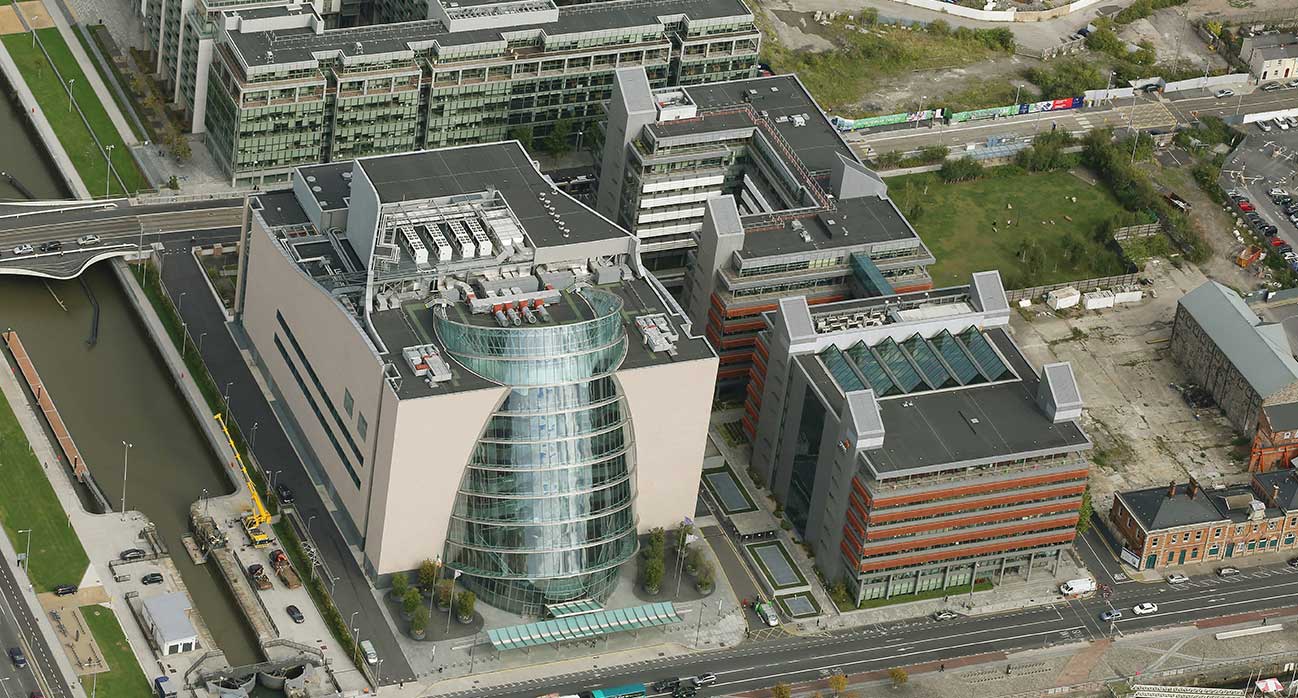 Deane Roofing & Cladding were engaged by John Sisk & Son to install a Paralon roofing system to this landmark building in Dublin. The National Convention Centre was a turnkey project for the main contractor and with that came the responsibility for design. As part of that design, the roof had to accommodate a future refurbishment without disruption to the plant and equipment located on the roofs.

The building had five primary levels of roofing with the main roof consisting of the interface with the distinguished cylindrical façade. The roof over the backstage, a lower level plant room roof, the stair cores and lift shaft roofs.

The interface with the glazed drum had to be designed as a movement joint with several systems interfacing at the one location. The drainage line of the glazing had to be catered for, as well as the transition from the level glazed termination cill and change in roof levels.

The need to accommodate future refurbishment meant the selection of products was critical for the success of the project. Their compatibility and warranty had to be accounted for. The design of upstands and flashings needed to be changeable and replaceable in the future whilst maintaining the weathering of the roof.

Much of the roofing in and around plant areas was carried out in confined spaces and in some locations with no future access. This put huge significance on the quality of the work and the need for quality control and sign off before the arrival of plant.